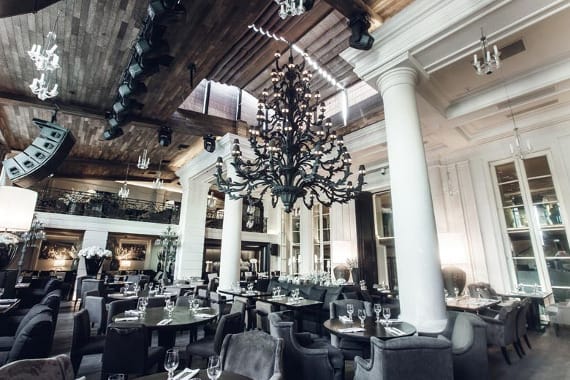 Siberia has some really fancy and expensive interiors with a large chandelier hanging in the main hall. During week days Siberia functions as a restaurant with mixed cuisine. The menu includes all kinds of tartars, sushi, fish and meat dishes.

During weekend nights Siberia transforms into a night club with the toughest face control in Moscow. The place gets extremely packed when they have live concerts. The tables become really expensive and extremely hard to get.

There is a new thing that I heard about this place from a friend of mine and it sounds crazy even for Moscow. During weekend nights, when you book a table for 3-4 persons there is a 25,000 rubles (about 450 USD) fee that is automatically charged in addition to the general bill that you receive for the items that you have ordered. It cannot be used to order anything it’s just a table rent price or an entrance fee☺ whichever way you like it.

So right now it’s the hottest place with the hottest people in town that has all of the things associated with the glamorous Moscow nightlife worth taking a look at: Models, oligarchs & excessive spending. 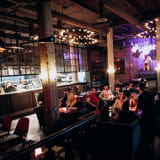 Opened in 2015 Duran Bar has become one of the hottest clubs on the Moscow nightlife scene. This place is pretty big and includes a restaurant area, large summer verandah and the main hall that has a long bar table. Duran is located at the reconstructed premises of an old textile factory in close proximity 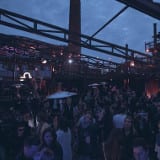 Chateau de Fantomas is located at the premises of Krasny Oktyabr factory across the river from Kropotkinskaya subway station. The club is famous for its summer parties that take place on the roof of the club’s building. As described in one of the magazines Chateau de Fantomas is a private night club that is 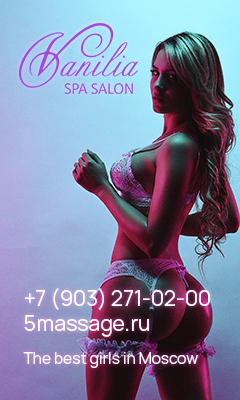