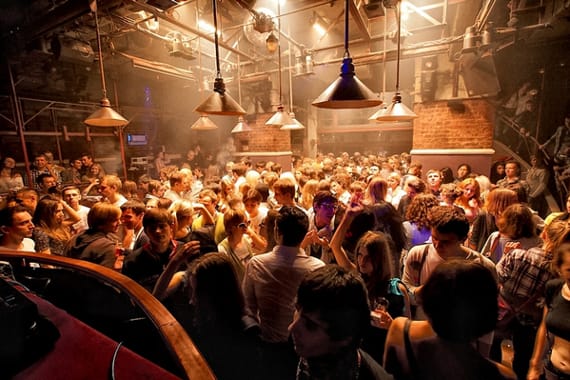 Propaganda Moscow is one of the oldest night clubs in the city. Since it’s opening in 1997 it became one of the pioneers of Moscow nightlife scene. Unlike many other night clubs in the city, Propaganda always made a lot of focus on quality electronic music played by its resident DJs. Famous Thursday nights have been hosted by DJ Sanches and his guests for already 12 years. Propaganda Sunday night parties called “China Town” became home to Moscow’s gay community under the music supervision of DJ Tony Key.

Propaganda has changed a lot since it’s opening. This includes both the crowd and the way it is positioned on the local nightlife scene. Today Propaganda is a more relaxed type of club where you can dance to quality electronic music. In addition to that, during day time it’s a great place to eat. They serve simple and good quality food at very reasonable prices. It’s amazing that after more than 15 years this place still gets packed both during the day and during the night. 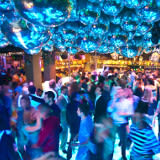 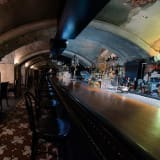 The entrance to Mendeleev is hidden inside a small noodle bar called Lucky Noodles that is open 24 hours and where you can have a decent portion of noodles for just 5 USD. So the first time people come to Mendeleev bar they get confused and can’t find the front door. That’s what the owners