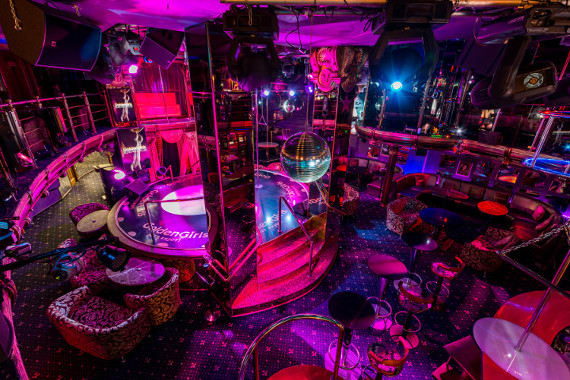 The first thing you should know about Golden Girls is that it’s one of the oldest high class adult venues in the whole Russia. In addition to being a popular strip club in Moscow, Golden Girls plays a leading role in the first Russian Strip Clubs Association. So this is not just a club but an industry leader and a trend setter.

Golden Girls is offering its customers a new approach to adult entertainment. This place is totally legal meaning that no intimate services are offered on site. This also means that there is no money pulling going on here unlike some other venues.

It’s not about just visiting, drinking, staring and leaving. It’s a lot more than that. The club’s philosophy is built around the concept that its guests plunge into the special atmosphere of flirt and interaction with the club’s beautiful actresses. The atmosphere is casual and unpretentious. The guests just enjoy a party in the company of beautiful women.

Golden Girls takes two floors and includes 4 private rooms. Check out its Crazy Menu offering a lot of options I’m sure you’ll be interested in. The club has several types of Guest Cards that are awarded to the most loyal visitors and also offered for a fixed fee. Some of the club cards allow its owners to book a table without any down payment, get a discount on the whole menu and bring up to 5 guests for free. Golden Girls is open Monday through Saturday and holds its theme parties every two weeks on Thursday and Friday.

Number of Dancers Per Shift: Up to 121 on weekends and special occasions, up to 50 during weekdays 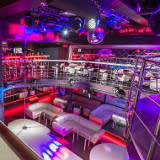 Burlesque is a well-known chain of adult clubs in Moscow. At the moment it consists of 2 clubs. One is located on Komsomolsky pr. 28 near the Frunzenskaya subway station. The second one is located slightly outside the downtown area on Horoshvskoe shosse. Burlesque club moscow Both of the clubs feature weekly shows and offer 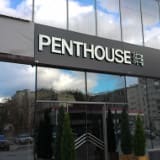 Penthouse Moscow is one of the newer Moscow gentlemen’s clubs that is actually an extension of the American chain. It is centrally located in the New Arbat area. In addition to the beautiful ladies and a bar it has an excellent sushi menu and a variety of hookahs available. On the other side this is