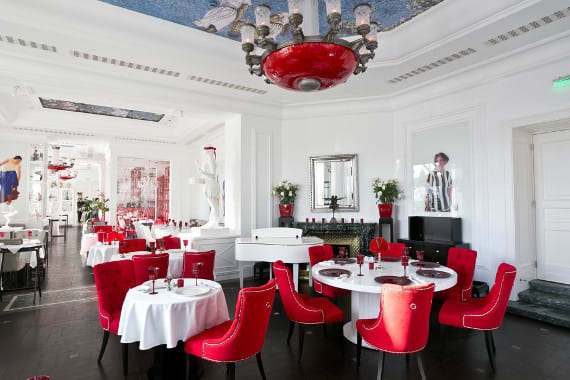 Dr. Zhivago is one of the newer restaurants with Russian cuisine opened by Alexander Rapoport who is the man behind a number of other well-known restaurants in the city that include Kitayskaya Gramota, Meat club and Black Thai.

In 2014 Alexander was awarded his Restaurateur of the Year title by GQ Russia.

Located near Red Square at the classy National hotel, Dr. Zhivago is claimed to become an alternative to the famous Pushkin restaurant which has been in place since 1999.

There are several kinds of Russian Pelmeni (stuffed with crab, fish or duck meat) priced from 350 to 540 Rubles per portion, goose ragout with cranberries for 740 Rubles, traditional “pirozhki” (Russian stuffed pies) for 80 Rubles a piece just to give you a general idea. 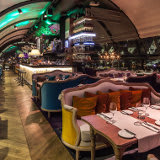 White Rabbit is located on the 16th floor of Smolensky Passage shopping gallery. This is just steps away from the famous Arbat street and Russian Ministry of Foreign Relations. White Rabbit occupies two top floors under the glass roof, making it a good option to enjoy some panoramic views of the city. In summer it 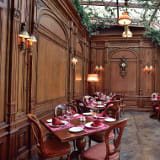