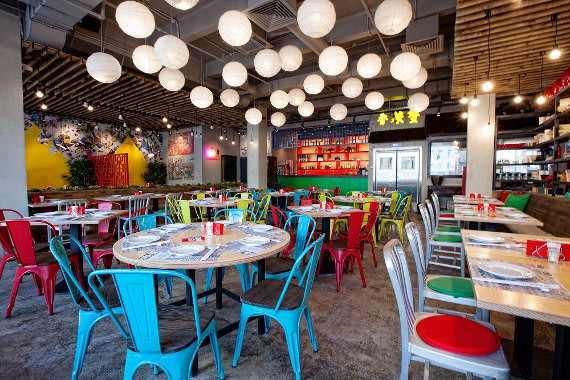 China News was opened by a native Russian that has managed to gain recognition both from locals as well as Chinese community that resides in the city. China News focuses on authentic Chinese cuisine that includes various types of dumplings (240-280 Rubles), noodles (220-620 Rubles), wok, BBQ dishes, soups and numerous other dishes all at reasonable prices.

One of the two restaurant’s kitchens is used to prepare meats, soups, salads and woks while the other one is used to locally produce noodles and dumplings. All of the dishes at China News are prepared by three cooks that have been hired directly from Taiwan. The cuisine is managed by Moscow chef Sergey Yugai whose career path includes a number of high class restaurants in the city.

The first China News restaurant was opened in one of the suburban parts of Moscow called Konkovo inhibited by almost 1 million people. They say that on some evenings the number of seats occupied by local Chinese at the Konkovo restaurant comes close to 50%. 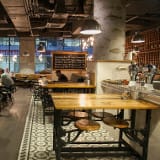 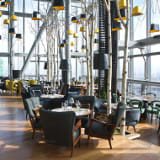 Sixty restaurant is located on the 62nd floor of Federation Tower in the modern “City” business district. “Moscow City” is well known for its skyscrapers that symbolize new Russia. It is definitely one of the best restaurants with a view and the highest dining venue in Europe.